About six months ago I joined the “vinyl revolution”.  My old record player came out of hiding and I started to hit the used book stores and flea markets for LPs from my past.  Fortunate to find Cat Stevens, U2, Bob Dylan, Billy Joel, & Elton John, and others, I started to play records each day.  The crackle and richness of the recording led me to agree that “records really do sound different.”  I was also quickly reminded of having to get up and flip the record, having to keep the needle clean, and having to deal with a song that got stuck and just repeated the same note over and over.  Maybe it was a scracth or an imperfection.  I would diligently look and hope it was neither.  I suppose the needle merely found itself in a groove for which it could not break thru and continue the song.  And it needed a nudge from me.  I obliged and the song continued and never looked back.

The role of Principal can sometimes include “walking a tightrope”.  We filter directives and initiatives from central office so as to make sure they are supportive and not disruptive to the campus program.  We support teachers while also advocating for students.  And we consider the best means to share with the larger community the good and bad that happens on campus.  And when we are at our best we do all of it with patience, respect, and wisdom.  It’s tough.  And it’s the best job I have ever had in my life.

I recently has a senior email me as she was struggling with a decision that had been made by the school newspaper sponsor and student editorial staff.  This young lady had already reached out to her counselor and was still in need.  As I always do, I replied and made myself available to chat with her at lunch to see how I might be able to assist.  And as the conversation continued, I could quickly see that she was stuck.  Simply stuck.

I spoke with her about 3 or 4 outcomes that could exist.  The 1st option was best case, the 2nd was worst case, and the other two were possible new ideas.  We chatted about which ones she thought she could do – words she thought she could organize when she met with the teacher and the leadership board for the newspaper.  We also brainstormed how she might handle it should the outcome not be as she hoped.  Finally, she got excited about the new possibilities that could emerge and our mutual zeal about those novel ideas led her to leave my office with a fresh sense of hope.

Now at the same time I had a teacher that I knew I needed to support.  I had to try and articulate that my role with the student was to coach her toward finding her own resolution to the conflict.  I was not offering consultation in the form of specific next steps – or a formula for “getting what she wanted.”  And I was not meeting with the student so as to “make” the newspaper leadership change their mind and approve the story.  Instead I was making myself available to a student who simply couldn’t move forward.

Part of our responsibility as campus leaders is to build skills and talent within our students.  Walking the fine line between directing and coaching can be tricky.  The student may take the advice from the adult as direction.  The faculty or staff member may see it as undermining a decision or their authority.  Yet I argue that there is a middle ground here.  Similar to the record player that sometimes can’t move forward with the song, I enjoy the chance to “nudge” a young person so that they may continue.  The path they will follow is their’s to choose, and the outcomes they will own. 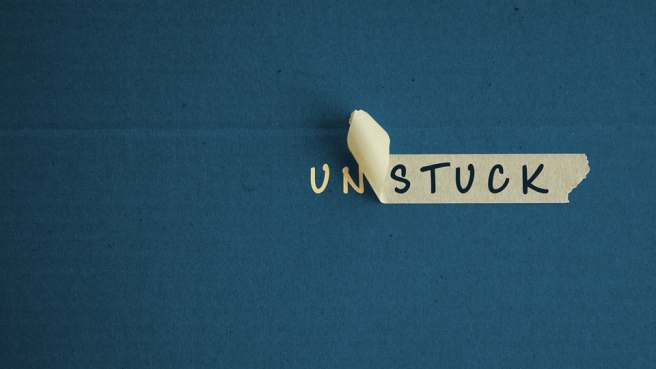 By the way – this past Friday the student emailed me to update me on the situation.  She had made her best argument and a new outcome had emerged – one neither of us even considered.  And it is brilliant.  Finally, the student included in her email the following:

“I would also like to say thank you for giving me advice in a situation where I didn’t know who to turn to. I appreciate the options you gave me and the listening ear as well.”

C’mon!  Does it get any better than that for an educator!  Let the music play on!